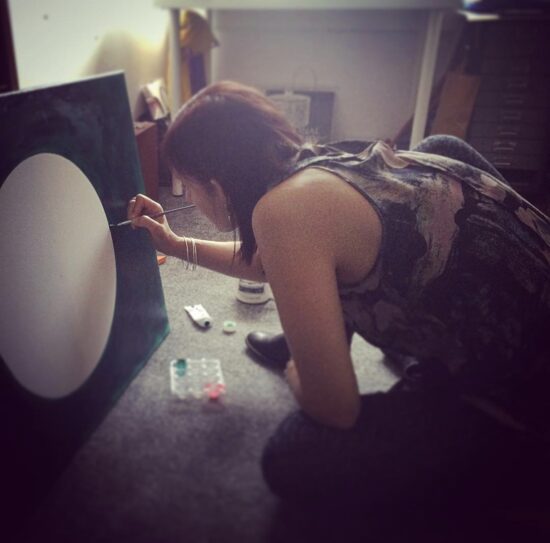 Maria Rosado Lopes is an anthropologist/ artist/ art science curator who is particularly interested in neuroscience, and consciousness.

Maria moved to London in 1996 to study at university. Whilst reading European Studies she realised politics wasn’t where her heart was. In 2001 she started to paint, and in 2003 she curated her first show. Following a period of globetrotting Rosado Lopes went back to London, and in 2007 read for a MSc in Social Anthropology at UCL.

With ‘The Lancet’, UCL sponsored ‘The Brain Unravelled’ exhibition at the Slade in 2009 that Maria both conceptualised, and curated. It brought together some of the greatest minds in art, anthropology, and neuroscience such as Antony Gormley, Liliane Lijn, Storm Thorgerson, The Future Sound of London, Prof Richard Frackowiak, Prof Brian Butterworth, Prof Geraint Rees, Prof Michael Hausser, Prof Chris Knight, Prof Jean Livet, Prof Joshua Sanes, amongst others. This was where Maria Rosado Lopes declared ‘Cartesian Dualism is Dead: Cogito et Sentio ergo Sum’ (I think, and feel therefore I am). Barbara Follett, then Minister of Culture in the UK, opened the show.

In 2017 when ‘The Consciousness Field’ was in Lisbon for the ‘The New Art Fest’ at the Natural History Museum, Maria represented the Festival on the panel ‘Culture, Art & Spirituality in a Digital Age’ with Crimson Rose – one of the cultural founders of Burning Man Arts Festival – at the Tech Conference Websummit.

In 2018 Rosado Lopes opened a new chapter for the installation working on collaborations: first with Prof Sir Colin Blakemore, and Prof Zoltan Molnar from the University of Oxford which was presented at ‘The Barn’ in St John’s College for the occasion of ‘IF – Oxford’s Science & Ideas Festival’. In 2019 Rosado Lopes collaborated with Prof Chris Frith for UCL’s Neuroscience’s Festival #BrainPower to mark the 10 Year Anniversary of  ‘The Consciousness Field’.

Rosado Lopes is currently working on new collaborations, and the documentary film on her research findings.